In the first quarter of 2018, the popularity of long-term car rental among companies and entrepreneurs in Poland continued to grow. According to data from the Polish Vehicle Rental and Leasing Association, the pace of long-term rental market development reached the level of 15.1% y/y at the end of the first quarter, which means that it was almost two percentage points higher than in the previous year and as much as over six percent than two years ago. The popularity of rental is reflected in the data on the industry’s purchase of new passenger cars. In the first quarter, 26.4% more passenger cars were purchased for long-term rental than in the previous year. Comparing to other forms of company cars financing, i.e. traditional financial lease, the number of new for cars for long-term rental grew significantly — over 2.5 times faster. The very high growth rate in the first three months of 2018 was also noticed in the car rental industry - in this case, the growth rate reached remarkable 36.2% y/y.

There are many indications that 2018 may be another very successful year for the automotive market in Poland. According to experts, the level of sales of new cars in showrooms may be even higher than in the past year, which was – what is worth mentioning – record-breaking within the last 18 years. Based on IBRM Samar’s data, in the first quarter of 2018, similarly to the trends seen over the last several years, it was companies that accounted for growing sales in showrooms, as nearly 2/3 (65.3%) of new passenger cars were purchased by them. Companies bought 13.2% more cars than in the previous year.

The number of new cars for long-term rental was growing 2.5 times faster than in the case of traditional financial lease.

The method for financing company cars with the highest rate of the popularity growth among entrepreneurs in Poland in the first quarter of 2018 was the so-called long-term rental, i.e. in short, operating lease with full or partial servicing of vehicles. This was the case where the number of new passenger cars bought increased the fastest – by 26.4% compared to the same period in the previous year. Moreover, the increase in long-term rental was in this respect as much as 2.5 times higher comparing to rest of the available forms of financing vehicles for companies. To compare, the number of new cars purchased by entrepreneurs from their own resources, both by taking loans and using traditional financial lease (only leasing vehicles, without service) was higher in the first quarter of 2018 by 10.3% y/y.

A similar situation occurred when compared with the most competitive long-term lease, i.e. traditional financial lease, which entrepreneurs in our country leveraged to purchase 10.4% more cars in the first three months of the current year than in the first quarter of 2017.

Considering the key indicator of long-term car rental market growth rate, i.e. the total number of cars under a full service leasing arrangement (one of the two services classified as long-term rental), the industry at the end of the first quarter of 2018 recorded an increase of 15.1% y/y. The market’s growth rate has been rising dynamically for several years – in the first three months of this year it was higher by nearly two percentage points than in the first quarter of 2017 and by more than six percent higher than in the corresponding period of 2016. In the long-term rental fleet of the companies belonging to the PVRLA, consisting of over 163,000 cars *, 84.3% of vehicles were provided under a full service leasing arrangement (full service operating lease), and 15.7% under a leasing and service arrangement (operating lease with partial car service).

The popularity of long-term rental among Polish entrepreneurs has been growing dynamically for several years, which proves that the Polish market is still far from being saturated with this service – says Grzegorz Szymański, PVRLA President of the Board, Managing Director of Arval Polska. — Taking into account the sales of new cars to companies in the first quarter of 2018, it is another piece of evidence seen recently, proving that long-term rental is developing much faster than other forms of fleet financing. Until recently, long-term rental was associated primarily with large international corporations, but nowadays an increasing number of entrepreneurs from the SME sector is choosing this solution. This is one of the main factors stimulating the large and constantly growing dynamics of the industry development. Additionally, this effect also comes with an important change in the approach of entrepreneurs in our country towards financing company cars. A dozen or so years ago, companies, just as private users, sought to have cars, and therefore financed them primarily with their own funds or credit. Currently, however, attitudes in this area have changed significantly — about 2/3 of cars is financed with one of leasing forms, i.e. traditional financial lease, operating lease or operating lease with service, i.e. long-term rental. Just like on older and more developed Western European markets, the entrepreneurs in our country, when deciding to use leasing, firstly opted for traditional financial lease. Based on observations made in Western Europe, after some time and having gained trust in financing the purchase of car through leasing, companies are starting to reach for more advanced forms, guaranteeing not only car financing, but also full service, considered as the so-called long-term rent. In other words, they begin to replace traditional financial lease with long-term rental. In Poland this process has already begun and it may cause even more rapid development of the long-term rental industry in our country in the future.

In the first quarter, every fifth of Polish entrepreneurs decided to rent cars for a long-term

According to IBRM Samar, in the first quarter of 2018, the companies purchased a total of 91,300 new passenger cars in Polish car showrooms. As can be seen in PVRLA data, every fifth (20.5%) new car bought at that time by entrepreneurs was in a long-term rental. The industry acquired a total of 18,700 cars (of which 14,600 CFM cars belonging to PVRLA).

In the first quarter of this year, the trend of the decline in the share of cars with Diesel engines in the total fleet of cars within long-term rental continued. Vehicles equipped with diesel engines lost their share to cars with petrol and ecological (hybrid and electric) drives. In the fleet of 163,000 cars, Diesels accounted for 64.9% at the end of March 2018, which means a 1.4% drop in their share in one quarter (compared to December 31, 2017) and 5.2% y/y.

Petrol cars grew, whose share at the end of the first quarter of 2018 amounted to 33.9%, i.e. an increase during the year by 4.3%. As for the vehicles with ecological drives, then in their case, at the end of March of the current year, a symbolic barrier of 2,000 cars was reached, with the share in the total fleet at the level of 1.2%. Ecological cars were therefore still a marginal part of the entire vehicle park, but it is worth mentioning that their share increased 4 times over the year (from 0.3% at the end of the first quarter of 2017). These 2,000 ecological vehicles consisted primarily of hybrids, the number of which was 1974 cars (an increase from 416 cars at the end of March 2017). There were only 26 electric cars and their number remained unchanged compared to the previous year.

The decline in the share of cars with diesel engines in long-term rental fleets has been observed for a long time and this is mainly the result of general market trends based on the revolution in the automotive industry that is developing at a very fast pace - says Sławomir Wontrucki, PVRLA Board Member, President of LeasePlan Polska. — It should be expected that Diesels in fleets will be replaced by petrol engines and ecological drives soon. It is difficult to assess to what extent their share may fall. However, it can be certainly stated that as long as they are produced, they will be present in fleets, e.g. in the segments of commercial vehicles or premium class. Noteworthy is the rapidly growing share of ecological cars, despite the fact that here are still very few of them when comparing to the overall fleet. At the same time, only the number of hybrid cars is growing, while electric vehicles are only in the number of just 26, which has not changed at all during the whole year. We hope that the situation in this area will be improved by the Electromobility Act. It came into force in the first quarter of 2018, so it is still too early to notice any influence.

In the total fleet of cars in long-term rental of PVRLA companies, among the most popular car models by the end of March in the current year were: Skoda Octavia, Volkswagen Passat, Ford Focus and Toyota Yaris.

The vehicles purchased by PVRLA companies for the needs of long-term rental were more environmentally friendly when it comes to carbon dioxide emissions. As for the passenger cars purchased in the first quarter of 2018, the average CO2 emission amounted to 123.33 g/km and was by 4.9% (6.39 g/km) lower than in the corresponding period of the previous year. As far as delivery cars are concerned, the average CO2 emissions of vehicles purchased in the first quarter of this year amounted to 151.43 g/km and were 4.4% (6.9 g/km) lower than in the comparable time of 2017.

The first quarter of 2018 was also very successful for the car rental industry, represented in PVRLA by 7 large networked, Polish and international car rental companies. By the end of March, the total fleet of Rent-a-Car companies in PVRLA** in short-term rental services (1-30 days) and medium-term rental (1 month – 2 years) amounted to over 16,000 cars (16,163), which means that the industry recorded an increase of 36.2% y/y.

Taking into account the overall activities of 20 companies belonging to the Polish Vehicle Rental and Leasing Association (PVRLA), i.e. primarily short-, medium- and long-term car rental services, as well as car finance leasing, PVRLA companies purchased a total of 29,500 new passenger cars in the first quarter of 2018. It means that 1/3 (32.4%) of new passenger cars purchased in the first quarter of 2018 by entrepreneurs in Polish showrooms and over 1/5 (21.1%) of cars sold at that time in total (to both institutional clients and individuals) was acquired by companies belonging to PVRLA ***. 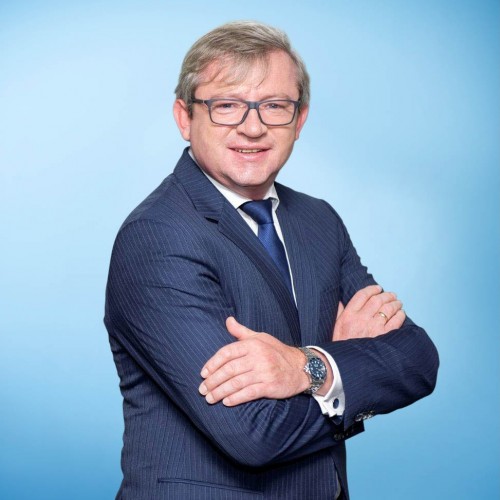